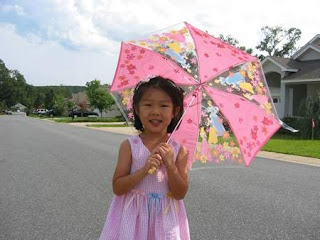 Today, I went and visited a friend of mine (from work) whose 4-year-old daughter died on July 11 in a fire at her day care. I had anticipated a very emotional time, but, oh, what a difference hope makes. Let me explain.

About a month after Christopher’s accident, another teenage boy from Tallahassee died in a motorcycle accident. I suspect that he know Christopher as they were in the same Thursday night car club. After this boy’s death, I wrote a note to his parents and offered anything that I might be able to do. They called the night that they received my note asking me to come over to their home. As invited, I went to their home on the following Sunday morning. I ended up spending 5 hours with them and came away totally drained. It was hard for me as they seemed to have so many regrets and really had no hope in the midst of their grief.

Today, less than a month after her daughter’s death, I visited another grieving mother. She and I spoke of the possibilities of our children knowing each other in heaven. Kind of a cool thought. We spoke of the reality that they aren’t wishing that they were here. We talked about her daughter watching her soon-to-be-born brother growing up (she was so excited by her brother who is due to enter this world in September).

Soon after Christopher’s death, dear friends had recommended the book by Randy Alcorn, Heaven. They even gave it to me, but I haven’t read it. Today, this mom and I talked about encouraging each other by reading it and getting together to respond. How exciting that in the midst of our grief, we can share hope as well.

I pray that God will bless our time together that we can be filled with the hope of the reality of all we have in Christ!